American Omens: Behind A Name

Every name I ever give a character in one of my novels has a reason. Sometimes the name alludes to their personality, or maybe it’s a play on a real person’s name. Sometimes I’ll pick a name simply because I love it. Occasionally I’ll use a first or last name of a hero or heroine of mine. (In the case of In Care Of, one of the novellas in Three Roads Home, I chose two of my writing heroes and combined it into one name: Stephen Conroy. Yes, that wasn’t subtle at all.) When the idea for writing a novel/series about the future persecuted church came from the publisher, I had to think of a storyline quickly. This also meant creating characters right away. Without knowing the book would be published, I ended up making one of the main characters a father of three young girls, just like me. Then I did something else not so subtle: I gave this character MY name. Will.

Yes, that’s right, my first name is Will. Actually, it’s William. Before I was born, my parents considered naming me William Leonard Thrasher the 3rd. But they chose not to name me after my grandfather and father, and instead made my middle name Travis. This is the name they would use and have everybody call me.

Thank goodness I wasn’t a new student at a different school every year, being introduced with my first name and then having to correct the teacher.

Picture a class full of first graders looking at me in confusion.

Oh, wait . . . yes, I was a new student at about a dozen schools. So this became a regular tradition.

“Listen up, sixth graders. William is joining our class.”

“Um, my name is actually Travis. I go by my middle name.”

“All right, all right. Everybody stop talking. Billy and his family just moved up to Illinois from North Carolina. Welcome to Timothy.”

“Yeah, thanks. Actually, I go by Travis. That’s my middle name.”

Picture a homeroom full of juniors in high school glaring at me with faces that say, oh what a pain this guy’s gonna be.

Yes, thanks Mom and Dad for the middle name saga. 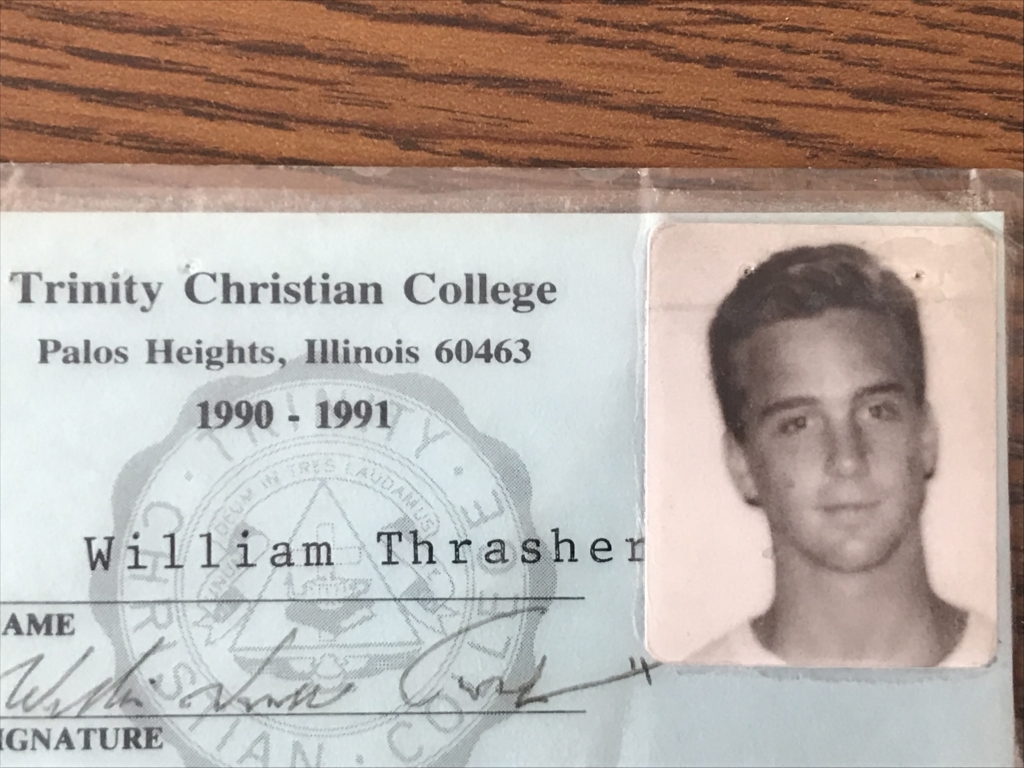 Joking aside, I actually love my name. It’s one of the few parts I’m proud of. People have often asked me over the years if Travis Thrasher is my pen name. Especially when it’s been on the covers of thrillers like Ghostwriter and Solitary.

So going back to naming, as I created a character in American Omens based on a father and husband like myself, I decided to go ahead and call him Will. I don’t think I’ve used Will for a main character before. I wanted to wait until the time was right. Until I was writing a very big book and needed someone like this guy.

Once again, I wasn’t sure if American Omens would actually be published. So I figured why not use my own name. 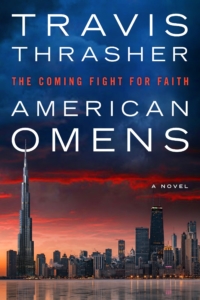 There’s also another reason I used Will. I don’t know if this was a conscious decision at the time, but once I started getting into the story and this character, it was a perfect reason for using the name. It’s the very definition of the word “will.” I thought it fit this character. The definition for the verb is “intend, desire, or wish (something) to happen.” This sums up our Will in the book very well. He wants and needs and wishes and hopes for things to be happening in his life, yet he continually has been asking himself when WILL they happen?

For those of you who have read the novel, one definition of the word “will” is fitting as well: “A legal document containing instructions as to what should be done with one’s money and property after one’s death.” Think about Will’s father. Again, this sorta fits.

Once I gave Will his first name, I wanted to have his last name have an “everyman” sort of feel. I wanted it to be a common surname in order to stress how Will is like any man or woman in our country. Ordinary. He’s really not a hero. He’s just a guy living his life and suddenly thrust into this complex story. So once again, I chose not to be subtle and I gave him the last name of Stewart based off one of my favorite actors and one of my favorite movies. Jimmy Stewart in It’s a Wonderful Life.

So that’s the scoop on Will’s name. There are reasons behind the other names, too, such as Cheyenne, Jon Dowland, and Hutchence. And there was a lot of thought that went into the nickname of “Reckoner.” I might cover those at another time.