After watching The Help the other night, I found myself wanting to make a top ten list of my favorite Thomas Newman soundtracks. I probably own at least forty scores by him, and there are lots more out there. I think he’s not only an incredible talent but a musical genius. I love how he excels in a variety of genres. Just look at the upcoming films he is scoring: Spectre, The Good Dinosaur and Bridge of Spies

#10. Finding Nemo (2003)—Such a perfect score for a perfect movie. The opening few minutes where we see the happy family, then the barracuda attack, then the father left with one remaining egg he names Nemo and vows to never let anything happen to him . . . This all serves as an introduction right before the score opens up and the title credits come on screen. There is no way to imagine all of this without Newman’s beautiful music.

Highlighted Track: “Nemo Egg (Main Title)”—I made a compilation disc to listen to when we drove our firstborn home from the hospital. This song will forever remind me of Kylie. Our daughter and this song are both beautiful gifts. 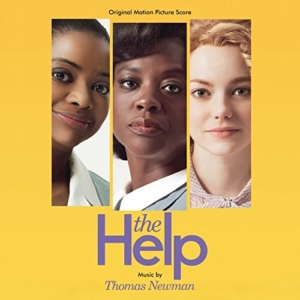 #9. The Help (2011)—Another winning score that I can’t imagine the film being without. For some reason Newman just seems to nail historical dramas (Shawshank Redemption, Green Mile, etc.). The combination of whimsy and heartache bounce back and forth with each other like the volleys in a great tennis match. This was a tearjerker of a film when we saw it in the theaters and I cried even more when I just watched it again. Newman will hold back on the emotion until the right moment, then it’s like a sucker punch on your soul when he goes full-throttle with feeling. Amazing.

Highlighted Track: “Constantine”—The kind of piece Newman seems to be known for. A simple, sad melody that often seems to float like some kind of child’s lost balloon that produces tears as it drifts away.

#8. Less Than Zero (1987)—An unreleased early gem from Thomas Newman. I loved this movie and still do—so dark and eerily foreshadowing the troubles that would follow Robert Downey Jr. for a while in his career. Newman had done a lot of quirky comedies in the 80’s (“Desperately Seeking Susan” and “The Man With One Red Shoe” for instance) and his music reflected them. This showed another side of him. The main theme is spooky, like a fog hovering over a bay. I’m glad I found tracks online to be able to write to it.

Highlighted Track: Well, any of them really since you’ll have to YouTube them. But “Early Morning Phone Call” showcases the main haunting theme.

#7. Angels in America (2003)—I never watched this HBO mini-series but remember the morning I bought this cd. I was already starting to work on my novel called Sky Blue and upon hearing the main title, I realized right away it would also become the main title for my work-in-progress. A magical, mysterious and ghostly soundtrack.

Highlighted Track: “Mauve Antartica”—Dreamlike, floating, the track I pictured as Colin and Jen made love on New Year’s Eve. #6. Road To Perdition (2002)—I still remember going to see this film opening day. I had just arrived for a trade show and slipped away for the afternoon to see it. Within seconds of the opening credits I was absolutely enthralled. I went to see the film specifically because Thomas Newman was the composer. By the time an unspeakable act of violence occurs and the father & son head to Chicago, I realized that I needed to write my novel Gun Lake. Again, Newman was in his element with a historical drama about troubled men. There were the dark themes (“Road to Chicago”), the quirky ones (“Meet Maguire”), and the outright graceful ones (“The Farm”). All brilliantly showing the vast talent of Newman.

Highlighted Track: “Ghosts.” This is a perfect example of the impact Thomas Newman can have on a film. Instead of a loud action sequence full of gunfire and screams and male testosterone, we have this subtle and brooding piano piece with falling pieces of dread in the background. Then we have the soaring motion as the “son” does what’s necessary to his “father”.

#5. American Beauty (2000)—This is the moment where Thomas Newman seemed to reinvent himself. Perhaps because it was the turn of the century or perhaps because he was coming off grand symphonic scores. But this contemporary drama about a dysfunctional family was treated with a strange and brilliant soundtrack. For one thing, lots of percussion and unusual instruments were used. It was still Newman at the core when the moving moments were necessary. These were accentuated by the simple, minimalistic and somber piano pieces.

#4. The Green Mile (1999)—Newman’s second soundtrack for a Stephen King story directed by Frank Darabont. Somehow, the two scores Newman did for these King works fit perfectly. There is a melancholy dread filling these tunes. But, like Shawshank, there is also an underlying sense of hope and redemption. Both of these stories are contrasts of dread and hope. I’ve listened to the last five tracks on the album many, many times when writing about desperate souls finally reaching their ends and giving up.

Highlighted Track: “Coffey On The Mile”—There are so many great tracks, but this one is the climax of the film. Sad, soaring, unforgettable. 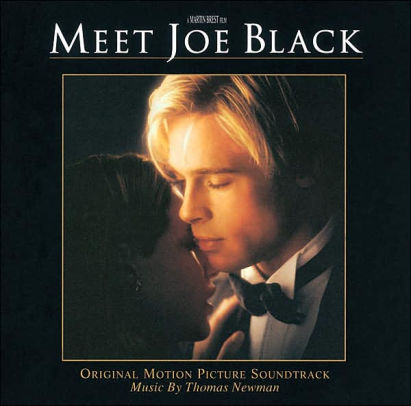 #3. Meet Joe Black (1998)—While the film itself isn’t the best (though it’s not as bad as some of the critics claimed), the soundtrack is magnificent. It’s a love story of sorts, but it’s also about a man realizing he’s going to die and leave all those he loves behind. Once again, we have many wistful moments as well as the classic Newman melancholy. “Whisper of a Thrill” is a love-making scene where the music truly seems to be evocative of the experience on the screen. It’s not erotic but more transcendent. Lovely is an overused word, but it fits for this soundtrack.

Highlighted Track: “That Next Place.” Probably the longest Newman track ever put on a soundtrack at over ten minutes, it’s perfect in how it builds and builds. It seems to be a perfect fit for the line Anthony Hopkins shares during a toast: “65 years. Don’t they go by in a blink?”

#2. The Horse Whisperer (1998)–Robert Redford first hired the famous film composer John Barry for this film. Barry was famous for his work on James Bond films but also for soaring scores like Out of Africa. The soundtrack he ended up producing didn’t work for Redford (with pieces rumored to be released later on his album “The Beyondness of Things”). Thomas Newman came in and delivered one of his defining scores.

The opening track with the guitar and violin signaled the setting of the film in Montana. But the soundtrack follows the journey of broken souls who are slowly restored and redeemed. “There Was Snow”, for instance, is eerie and builds like so many beloved Newman tracks. There’s the daughter’s journey told in the score along with a forbidden love story told in another set of pieces. I adore this soundtrack. A family drama I wrote years ago called Bull Road has this as its soundtrack. I hope to rewrite it using the same music one day.

Highlighted Track: For the love story, it’s “The Rhythm of the Horse.” And for the journey of hope for the young girl, it’s “Grace.” The latter is one of the most moving pieces Thomas Newman has written in his career. #1. Shawshank Redemption (1994)—I believe this is Thomas Newman’s defining work. From the aptly titled “Stoic Theme” that starts the film, it signals you that this will be a serious and moving story. There are two main themes—the haunting piano piece of desperation in “Brooks Was Here” and the yearning complimentary piece that wavers between struggle and hope in “Zihuatanejo .” The twist of the story is paired with a brooding, building score of the brilliant escape (“The Shawshank Redemption”). Once again, when Newman wants to unleash goosebumps, he doesn’t hold back.

This has always been my go-to soundtrack, and I’ve never grown tired of it. Having written so many characters down-on-their-luck seeking hope and redemption, this score always serves me well to capture the hope and the spirit of Andy Dufresne & Red. “Remember Red, hope is a good thing, maybe the best of things, and no good thing ever dies.”

Highlighted Track: I’ve already written about “Compass and Guns” before, the most moving track on the album. So instead I’ll pick another simple and short one. “Suds on the Roof.” A brilliant scene that shows the beauty of hope and compassion. It’s one of the first times we hear a bit of the glory of the end title.

There are many more incredible soundtracks by Thomas Newman, so this is only skimming the surface. Check out his work. I can’t wait for his two upcoming scores for Spectre and The Good Dinosaur.