Recently I had a chance to meet with L.B. Norton, the editor who has worked with me over the years on many projects including The Solitary Tales and Sky Blue. She first began working with me in 2004 with my college murder mystery, Admission. I was reminded once again what a blessing it’s been to have such a talented and smart individual partner with me on such a variety of books.

LB (who is okay to dispense with the periods after her initials) was an unlikely choice to edit my spooky teen series, The Solitary Tales. Instead of characterizing her myself, I asked her to help me out. So this is how LB describes herself when first starting to work on that series:

“An Austen-loving fiftysomething* woman steeped in Strunk & White’s Elements of Style, whose idea of an action film is My Dinner with Andre and who wants only the breathing of her dog as background music when she’s working.” (*at the time)

Leave it up to an editor to add an asterisk with clarification on the age even though this was simply for a blog post! That’s LB.

I’ve shared lots on The Solitary Tales, from the moment I first envisioned the series to the ideas I’ve had for subsequent stories. I was still very curious and a bit nervous to hear what LB would think about the first book.

Her first words after reading book one in The Solitary Tales were as follows:

“I finished reading Solitary and am really and truly crazy about it.” 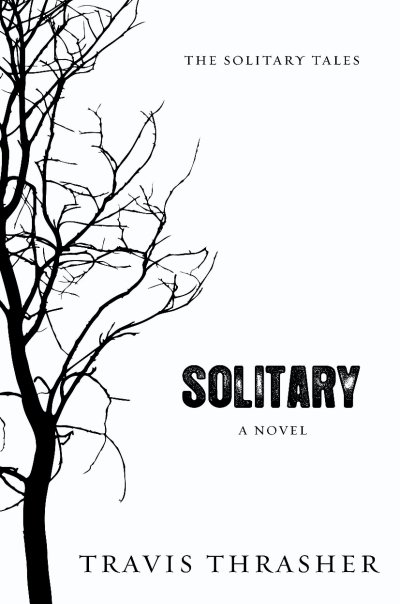 This made me excited. She actually got whatever I was trying to do, which at the time I really couldn’t fully see. Later, after reading the entire manuscript for a second time while making editorial notes and changes, she said this:

“Yessssss! I reached my goal, and love the book as much on this second reading as I did on the first. Horrifying, but so tender and sad—no gore for gore’s sake. :-)”

Not only were the words encouraging, but she understood the balance I was striving for: horrifying, yes, but also tender and sad. And the “yesssss” was fun to see her say since the evil character of Kinner would end up saying it quite often.

After going through edits, LB said this about the main character of the series, Chris Buckley:

“I feel as though I should be praying for him. Am I losing touch with reality? Thanks, Travis. I knew if I kept editing your stuff it would come to this.”

I had to quickly tell her, “Can’t wait to start writing book two. Poor Chris. His journey is just going to keep getting darker too.”

There were times when I had to explain to LB what I was wanting and attempting or hoping to do with the story. At several points, especially with book three, Temptation, LB wanted to make sure I knew the answers to all the questions and mysteries that I was throwing at readers. I didn’t want to give away too much to even my editor since I wanted to surprise her, but I did assure her that I knew the answers.

Even with that first book, Solitary, I had answers. I knew where I was headed, not just with book one or even this series, but with multiple stories in the future (like The Books of Marvella). There’s so much sprinkled throughout. Like the mystery of the missing students:

In the first book, I gave readers a summary of the books to come:

Sometimes a kiss can cover up a gravestone.

Sometimes a friendship can overcome temptation.

Sometimes an embrace can overshadow the hurt. Since music plays a big role in the backdrop of The Solitary Tales (just like it’s been such an important part of my life), there were many, many musical references that I made throughout the series. Not just in obvious things like the playlists at the back of the book or times music is mentioned. But it’s small things, too. Such as a simple chapter title, like the tiny Chapter 75 in Solitary that’s called “Theft, and Wandering Around Lost.” During the edits, LB said she assumed that was a song title. So I told her it was by a band called Cocteau Twins. Soon, she responded to me.

“Listened to it. Wow.” Then she added, “The song made me teary. So apt. I like the way you use your musical knowledge in ways that only the likewise informed reader will get. Verbal Easter eggs?”

I think this might have been the moment I truly knew I was in good hands with LB. She understood what I was doing even when she didn’t always understand my references or knew exactly where I was going with them.

Trust is a crucial element to the author-editor relationship. There have been times when LB has told me “No! Don’t do it!”, like when a dead horse shows up in The Books of Marvella (I took it out). I trust her judgment, while at the same time she will let me make decisions that she doesn’t always agree with. The Solitary Tales have about five endings/farewells at the end of Hurt, and LB urged me to perhaps take one or two out. But I just couldn’t. I knew I was overdoing it, but I told her I was okay in doing so.

It has been great to see the variety of works LB and I have collaborated on, including the most recent novelization of the film, Indivisible (coming this fall!). To say I appreciate her is an understatement. I hope there are still many more tales that we can work on together. Especially Solitary Tales! LB journeyed through those underground tunnels of Solitary. I want to take her to the secret passageways under Chicago next!!