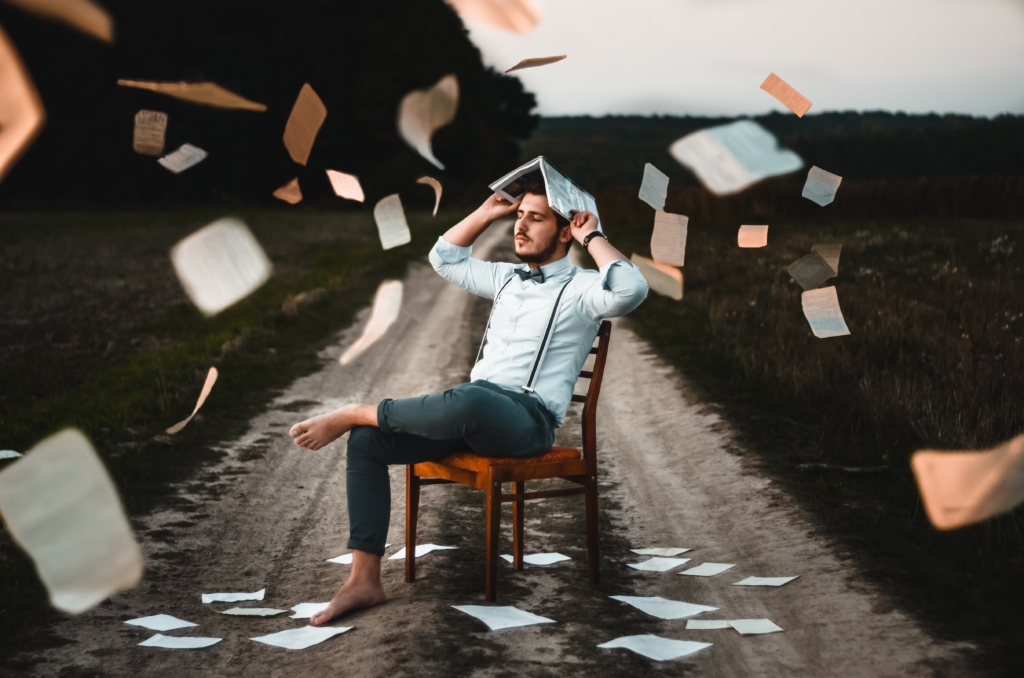 One way to keep track of projects and goals along with motivating myself is to keep what I call a “Travis Thrasher Publishing Plan” that I update every year. These aren’t books I have contracts for but rather are publishing possibilities, whether they’re for collaborations or for my own personal ideas. After each book project listed, I put a percentage that’s my honest feeling on whether the book will actually see the light of day.

Looking over the last few years when I’ve done this, it’s fun to see the projects I didn’t think would happen that actually did. For example, the upcoming historical nonfiction book called The Black Auxiliary was a project idea that I thought had a 25% chance of happening, and it’s coming out later this year. Several other book projects were around 75% but went nowhere.

I don’t mind talking about my own personal books in the works. Some of them have been in the works so long that I’m dying to share a little about them. Others are fabulous ideas I can’t say too much about because the idea feels like gold (at least to me). Then others are so random they’d take a while to simply explain. So here are a handful of my publishing possibilities for the future.

If the chances of a book getting published increase by its word count, then this has a 100% chance of making it. I’ve been working on this monster novel for almost five years now. Believe me, I know that having lots of words and spending a long time on a book doesn’t make it necessarily better than my other works of fiction. Sometimes it means it might suffer even more. But saying that, I feel this novel has captured my true writing voice better than any novel. Of course, I’m growing and changing as a writer as well, so I no longer can sound like a 27-year-old.

At 110,000 words the book is nearly complete. It’s basically a story about a ghost (but not a ghost story) falling in love and reevaluating his life and finding meaning. Yeah, I know that sounds a bit vague, but this isn’t the sort of novel that has that ten-second elevator pitch. I’m not even going to try to pitch this to a publisher. I’ll release it on my own. This year? Wow—that’d be awesome. Maybe.

I know this will be an editor’s nightmare. I’ve mentioned it to my longtime editor who has worked with me on everything from The Solitary Tales and Isolation to Sky Blue and even an upcoming novelization I have coming out later this year. I’m going to have to specify what I’m trying to do with this in order for her to allow certain chapters & passages.

There’s A LOT of introspection and soul-searching. Lots of passages like this:

“Age cements. Adulthood suffocates. So wise, so pristine, so calm, so damn old. I can finally run and breathe and laugh again.”

“Echoes sound louder in this cavern I crouch in. Lighting a small fuse, the glow bouncing all around, I hover and wait.”

“Startled, the seconds seem to hold their breath, stopped by her simple smile. Amazing how peace can suddenly pause the world’s violent laments. I envy—no, love– her lovely calm.”

“The memories sneak inside at midnight, making me wonder if they’re made-up or real. A writer can wreak havoc with his own history.”

Out of context, these probably sound worse than they already might be. I love the poetry in the writing, but I know I’ve way overdone some of it. So we’ll see what happens with this. But as I’ve shared before, Midnight in some ways completes a trilogy of books with Sky Blue and 40. These definitely aren’t comedies.

I have sequels on my publishing plan. Such as more books planned for the futuristic book I just finished entitled American Omens. I want to continue the journeys of Chris Buckley and Brandon Jeffrey from their respective series, The Solitary Tales & The Books of Marvella. I have quite a few stories/series planned. 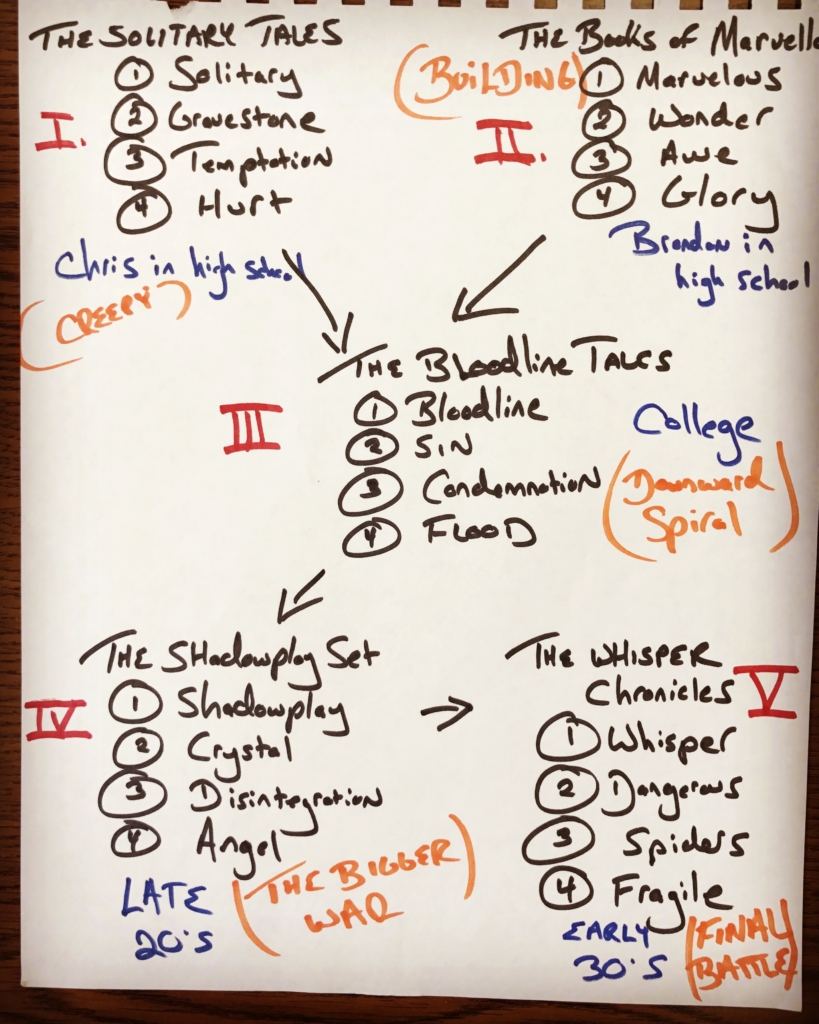 I have 3 children’s book ideas that I really, really love. One I’ve had for over a decade that I call my Pixar book idea. This is one that’s very clever. I’ve been looking for the right type of illustrator that I can even talk about this idea with. Another is a series of books about a Panda taking a day off, an idea that our twins and me came up with. Then there’s the out-of-the-box idea called I Can’t Draw. 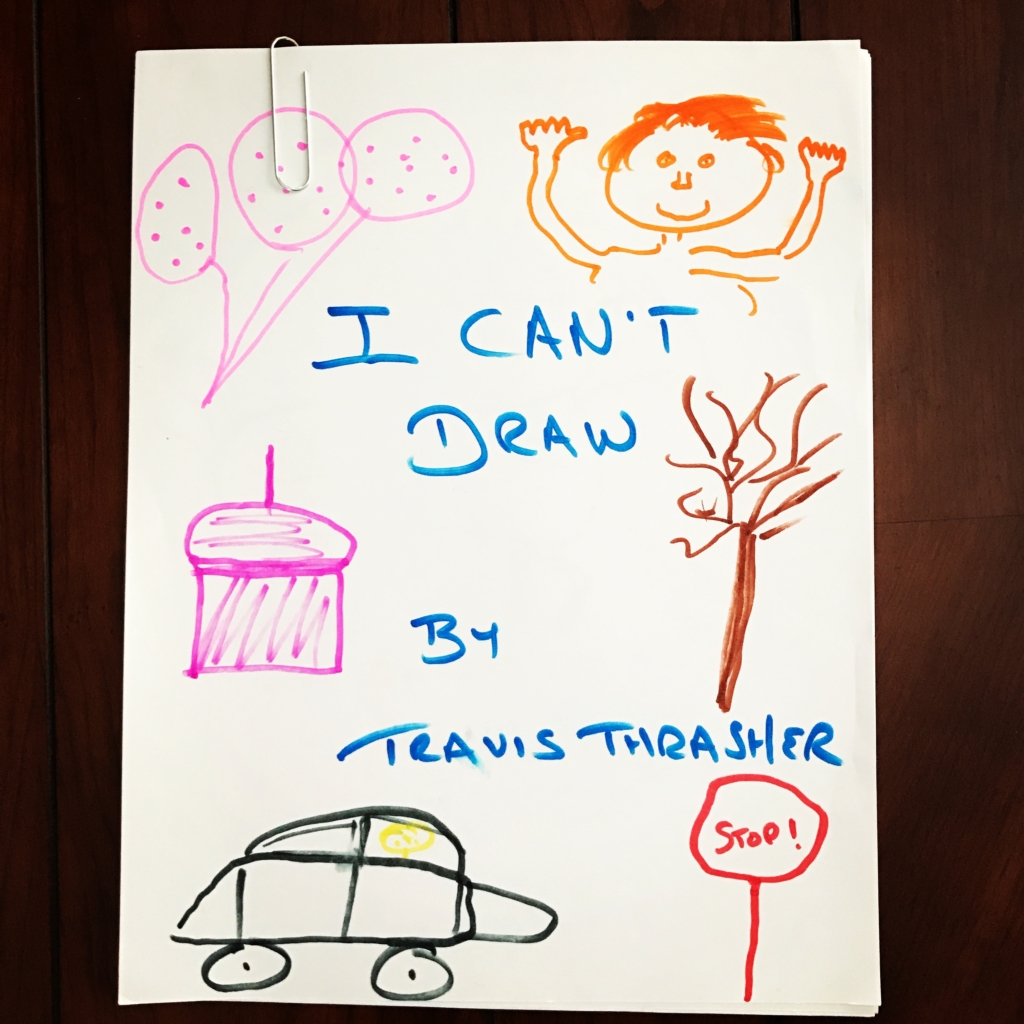 I want to rewrite the following novels that were finished but didn’t work: Bull Road and Persona. Then there’s my Hinterlands Series that I started and proved to be too big and unwieldy. I love this story so much and put so much planning in the plotline. I see writing one big book for The Hinterlands. For my random & odd ideas, I have some interesting books that I really could see happening. One is my set of books that are for convenient stores, gas stations and truck stops. Another is a Daddy-Daughter book or series. There’s the book I nearly finished for NaNoWriMo which is about NaNoWriMo. There’s my Hallmark film story. A book I spent quite a bit of time on YEARS ago about bad movies.

These ideas aren’t random, thought-of-them-last-night ideas that are easily forgettable. Everything on this list are projects that have importance in my mind and are ones I want to work on. Some I’ve already spent a lot of time on. I keep this list to be reminded of these projects, to motivate myself to try to keep going with one of them and to remember why I thought of them in the first place. 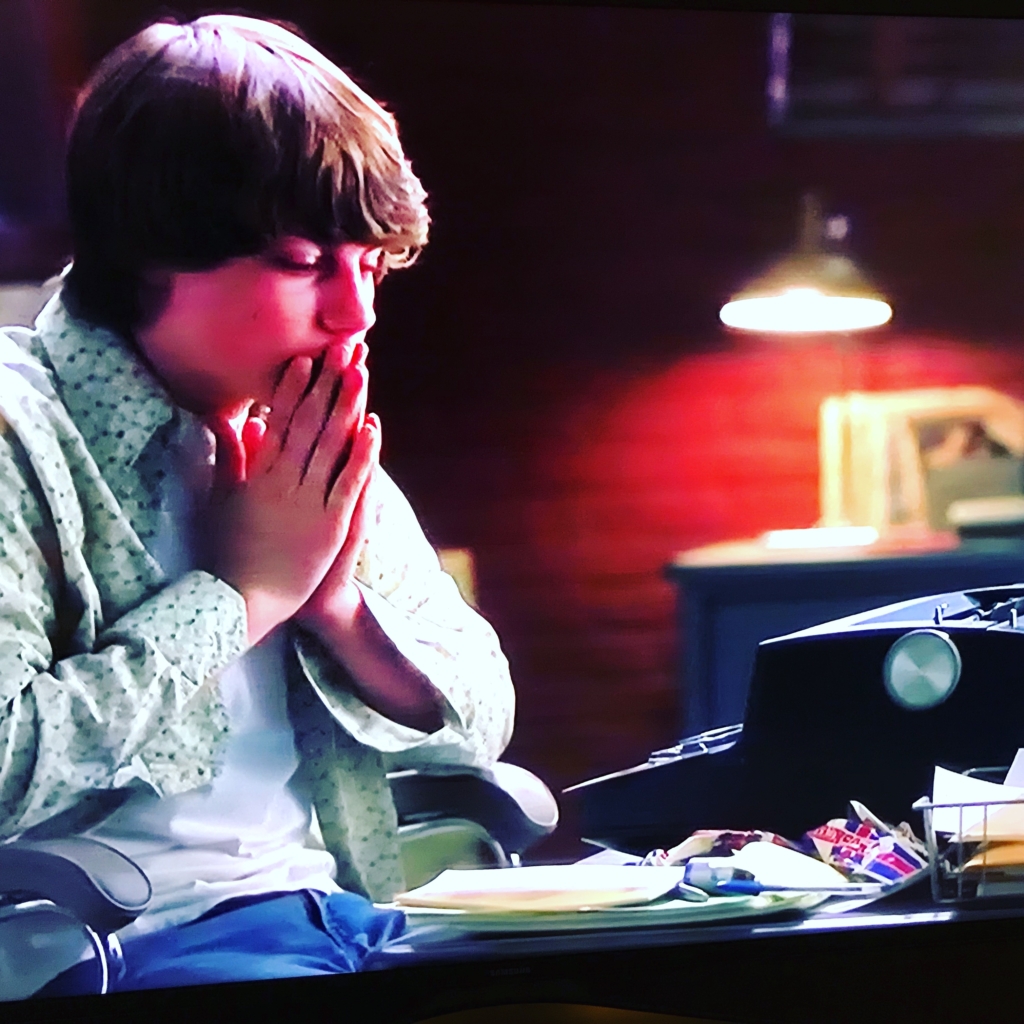 None of us know what tomorrow will bring. For artists, every day brings ideas and new creations. I’ve realized part of my success is to use my left brain to be organized with those ideas, then to motivate and put pressure on myself to get a handful of them done. To eventually put 100% behind a project.